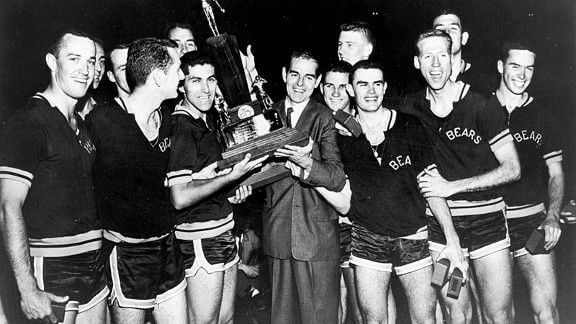 The 1959 NCAA University Division Basketball Tournament involved 23 schools playing in single-elimination play to determine the national champion of men’s NCAA Division I college basketball in the United States. It began on March 7, 1959, and ended with the championship game on March 21 in Louisville, Kentucky. A total of 27 games were played, including a third-place game in each region and a national third-place game.