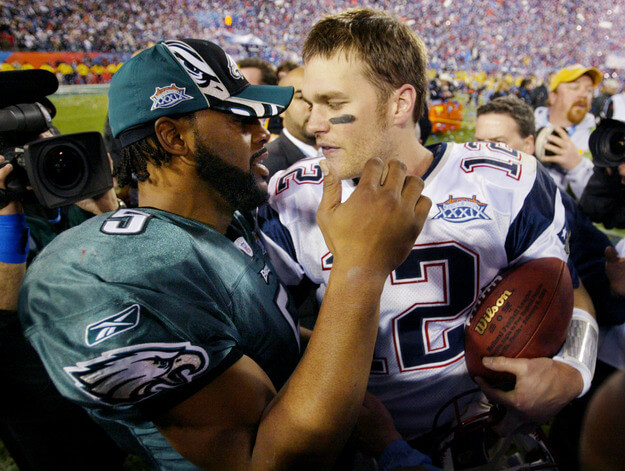 Super Bowl XXXIX was an American football game between the American Football Conference (AFC) champion New England Patriots and the National Football Conference (NFC) champion Philadelphia Eagles to decide the National Football League (NFL) champion for the 2004 season. The Patriots defeated the Eagles by the score of 24–21. The game was played on February 6, 2005, at Alltel Stadium in Jacksonville, Florida, the first time the Super Bowl was played in that city.