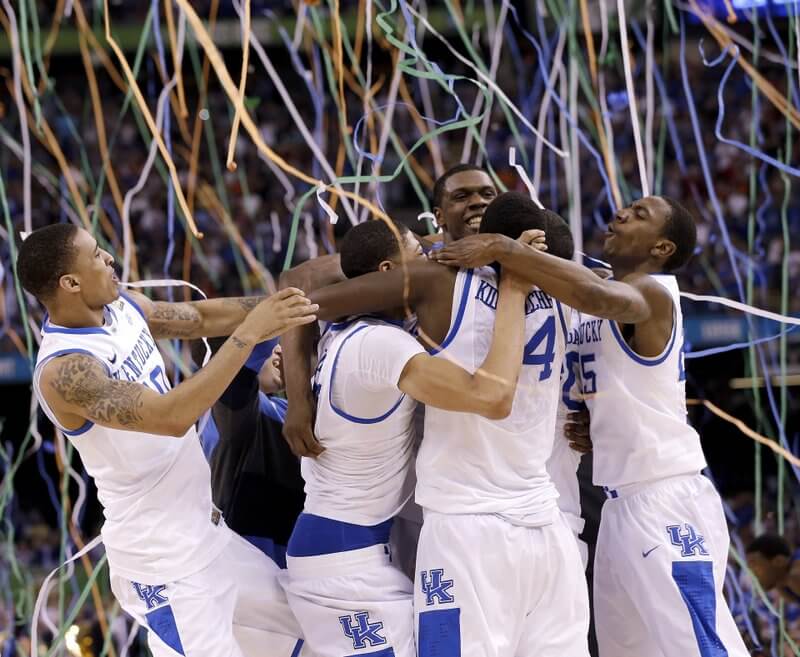 In the 2011–12 season, Calipari led Kentucky to be 16–0 in SEC regular-season play, clinching its 45th SEC regular-season championship. The last team to do so in the SEC was the 2002–03 Kentucky Wildcats, and before that, the 1995–96 Kentucky Wildcats. Kentucky’s regular-season record was 30–1, with its only loss being by one point coming from a 3-pointer buzzer-beater by the Indiana Hoosiers’ Christian Watford at Assembly Hall on December 10, 2011. In the SEC Tournament, Kentucky fell to Vanderbilt in the championship game, making its overall record 32–2 going into the NCAA Tournament. Kentucky was both selected as the No. 1 seed in the South Region and also the No. 1 seed overall of the entire NCAA Tournament. The Sweet 16 match-up on March 23, 2012, was a rematch against Indiana, in which this time the Wildcats prevailed over the Hoosiers 102–90. On March 25, 2012, Kentucky won the South Regional, setting up a Final Four semifinal with the Louisville Cardinals. Calipari’s Wildcats defeated the Cardinals (coached by former Kentucky coach Rick Pitino) by a score of 69–61. This sent Kentucky to the National Championship game against the Kansas Jayhawks, where they defeated Kansas 67–59, winning UK’s 8th NCAA championship, along with John Calipari’s first NCAA Championship as a head coach. This Kentucky team had a record six players drafted in the 2012 NBA draft, including the first time two teammates have been chosen with the first two picks: Anthony Davis (1st overall), Michael Kidd-Gilchrist (2nd), Terrence Jones (18th), Marquis Teague (29th), Doron Lamb (42nd) and Darius Miller (46th).