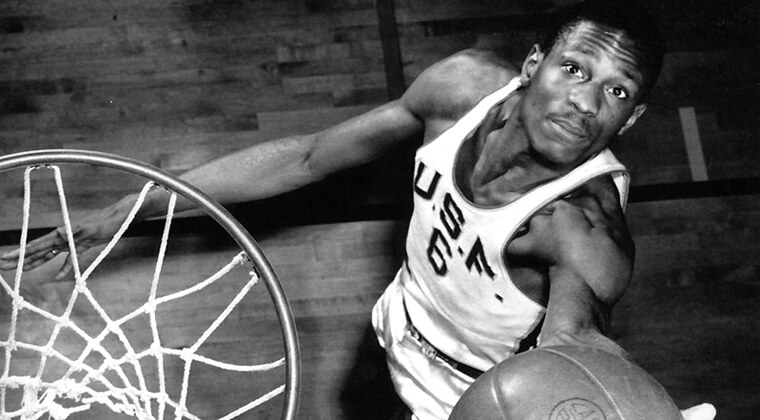 1956 - Trade Bill Russell to the Celtics

Prior to the start of the season the Hawks made one of the biggest draft day deals in NBA history sending second overall pick Bill Russell to the Boston Celtics for Rookie Guard Cliff Hagan and second year star Ed Macauley, who had been a popular player at St. Louis University.  Despite the movies the Hawks struggled most of the season as Coach Red Holzman was fired midway through the season. Initially the reigns were handed to guard Slater Martin, who led the Hawks to a 5-3 record. However, Martin did not want the added responsibility so backup Alex Hannum took over the rest of the season. Despite a 34-38 record the Hawks would claim the Western Division by a tiebreaker earring a bye into the Western Finals, where they would sweep the Minneapolis Lakers in three straight games to set up a match up with Boston Celtics in the NBA Finals. The Hawks would get off to a fast start taking Game 1 in double overtime 125-123 in Boston. After the Celtics rebounded to take Game 2 the Hawks took Game 3 at home by two points the Celtics evened the series with a five point win in Game 4. After losing Game 5 in Boston the Hawks needed another two point victory at home to force a decisive 7th game. Game 7 in Boston would be a tight battle al the way going into double overtime. However the Celtics would emerge victorious winning by 2 points.