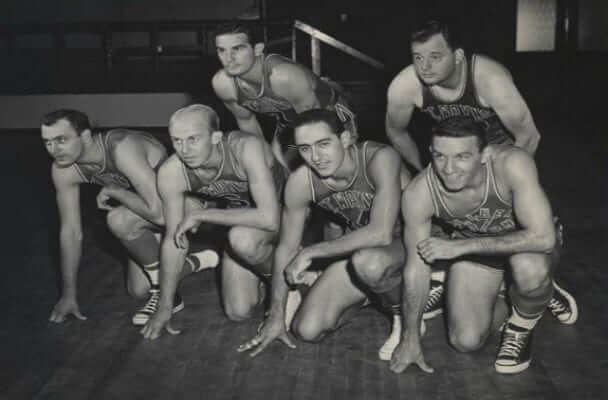 Though the Pistons enjoyed a solid local following, Fort Wayne’s small size made it difficult for them to be profitable, especially as other early NBA teams based in smaller cities started folding or relocating to larger markets. After the 1956 – 1957 season, Zollner decided that Fort Wayne was too small to support an NBA team and announced the team would be playing elsewhere in the coming season. He ultimately settled on Detroit. Although it was the fifth-largest city in the United States at the time, Detroit had not seen professional basketball in a decade. In 1947, they had lost the Detroit Gems of the NBL (whose remnants became the Minneapolis Lakers), and the Detroit Falcons of the BAA. Zollner decided to keep the Pistons name, believing it made sense given Detroit’s status as the center of the automobile industry.