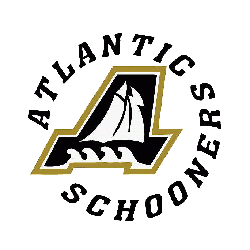 The Atlantic Schooners were a conditional Canadian Football League (CFL) expansion team that was to begin play in 1984 in Dartmouth, Nova Scotia. However, team ownership could not secure funding for a stadium and the franchise application was withdrawn 13 months after it had been submitted.

Nickname
Schooners - On November 3, 1982, the team name Atlantic Schooners was officially announced by Albrecht at a press conference in Halifax, Nova Scotia. It was selected based on a study followed by a name-the-team contest in which "schooner" was the winning selection. Other names that were considered by Donoval were Atlantic Windjammers and Atlantic Storm.