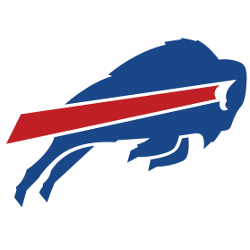 History of the Bills

The Buffalo Bills are a professional American football team based in the Buffalo–Niagara Falls metropolitan area. The Bills compete in the National Football League (NFL), as a member club of the league's American Football Conference (AFC) East division. The team plays its home games at New Era Field in Orchard Park, New York. The Bills are the only NFL team that plays its home games in the state of New York (the New York Giants and New York Jets play at MetLife Stadium, located in East Rutherford, New Jersey). The Bills conduct summer training camp at St. John Fisher College in Pittsford, New York, an eastern suburb of Rochester, New York.

Nickname
Bills - The nickname refers to William F. Cody, who was known as “Buffalo Bill.” Buffalo had a football team called the Bisons, but the city’s minor league baseball and hockey teams had the same name. The football team held a contest to select a new nickname following the 1946 season. More than 4,500 entries were submitted and Bills beat out Bullets, Nickels and Blue Devils.

Who is the greatest Buffalo Bills?