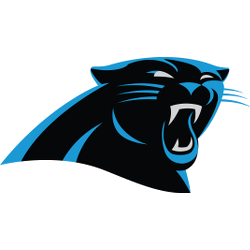 The Carolina Panthers are a professional American football team based in Charlotte, North Carolina. The Panthers compete in the National Football League (NFL), as a member club of the league's National Football Conference (NFC) South division. The team is headquartered in Bank of America Stadium in Uptown Charlotte; the stadium also serves as the team's home field. The Panthers are supported throughout the Carolinas; although the team has played its home games in Charlotte since 1996, it played its home games at Memorial Stadium in Clemson, South Carolina during its first season. The team hosts its annual training camp at Wofford College in Spartanburg, South Carolina. Along with the New England Patriots, it is one of only two teams to represent multiple states.

The Panthers were announced as the league's 29th franchise in 1993 and began to play in 1995 under the original owner and founder Jerry Richardson. The Panthers played well in their first two years, finishing 7–9 in 1995 (an all-time best for an NFL expansion team's first season) and 12–4 the following year, winning the NFC West before ultimately losing to the eventual Super Bowl champion Green Bay Packers in the NFC Championship Game.

Nickname
Panthers - Team owner Jerry Richardson’s son Mark is responsible for the selection of Panthers as the team name. Mark, who felt that there should be some “synergy” between the name and the team colors also suggested the team colors of black, blue and silver.

Who is the greatest Carolina Panthers?