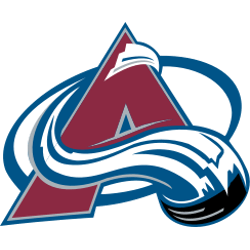 The Colorado Avalanche are a professional ice hockey team based in Denver, Colorado. They are members of the Central Division of the Western Conference of the National Hockey League (NHL). The Avalanche are the only team in their division not based in the Central Time Zone; the team is situated in the Mountain Time Zone.

Nickname
Avalanche – Rockies, the nickname for Colorado’s hockey team that left for New Jersey in 1982, had been adopted by Denver’s baseball team by the time the Quebec Nordiques left Canada for the Front Range in 1995. Management originally wanted to name the team Extreme, but received all sorts of negative feedback, and justifiably so. Avalanche, which eventually beat out Black Bears, Outlaws, Storm, Wranglers, Renegades, Rapids, and Cougars, drew some criticism, as well, given their deadly nature. A representative from the team replied: “This is the NHL, a rough and tough sport, and Avalanche is something that matches the ‘on the edge’ feel they want to create. Hey, Cougars and Bears kill people, too. People shouldn’t get so excited about Avalanche being a disrespectful name or something. It’s just a name.”

Who is the greatest Colorado Avalanche?