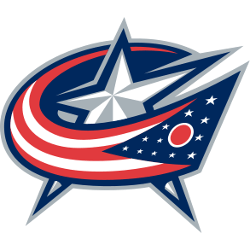 History of the Blue Jackets

The Columbus Blue Jackets (often simply referred to as the Jackets) are a professional ice hockey team based in Columbus, Ohio. They compete in the National Hockey League (NHL) as a member of the Metropolitan Division in the Eastern Conference, and began to play as an expansion team in 2000.

The Blue Jackets struggled in their initial years, failing to win 30 games in a season until 2005–06. The team qualified for the Stanley Cup playoffs for the first time in 2009 but was swept by the Detroit Red Wings. Columbus ultimately notched their first playoff game victory in the 2014 playoffs, and won their first playoff series in the 2019 playoffs against the Tampa Bay Lightning, becoming the first team in NHL history to sweep a Presidents' Trophy winner in the first round.

The Blue Jackets name and logos are inspired by Ohio's Civil War history. The Blue Jackets play their home games at Nationwide Arena in downtown Columbus, which opened in 2000. They are affiliated with the Cleveland Monsters of the AHL.

Nickname
Blue Jackets – Picked out of 14,000 entries in a contest for the Columbus franchise, Blue Jackets won the vote over the second-place Justice. The name “celebrates patriotism, pride and the rich Civil War history in the state of Ohio and, more specifically, the city of Columbus.” Ohio contributed more residents to the Union Army than any other state during the Civil War. The name and logo are reflective of the area’s pride in its place in American history.

Who is the greatest Columbus Blue Jackets?