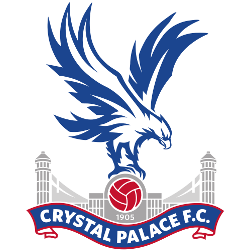 History of the Crystal Palace FC

Crystal Palace Football Club is a professional football club based in Selhurst in the Borough of Croydon, South London, England, and currently competes in the Premier League, the highest level of English football. Although formally created as a professional outfit in 1905, the club's origins can be traced as far back as 1861, when an amateur Crystal Palace football team was established at the Crystal Palace Exhibition building, which has led to claims by the club that Crystal Palace should be recognized as the oldest professional football club in the world, after historians discovered a direct lineage through their ownership under the same Crystal Palace Company. Both the amateur and professional clubs played inside the grounds of the Palace, with the professional club using the FA Cup Final stadium for its home games until 1915 when they were forced to leave due to the outbreak of the First World War. In 1924, they moved to their current home at Selhurst Park.

After their 1905 establishment, Crystal Palace applied for election to the Football League, but was rejected and instead played in the Southern League. Palace did eventually join the Football League in 1920 and have overall spent the majority of their league history competing in the top two tiers of English football. Since 1964, they have only dropped below the second tier once, for three seasons between 1974 and 1977. Palace's highest ever league finish to date is third place in the top flight achieved in the 1990–91 season, which saw them denied a place in Europe at the end of that season partly due to the UEFA ban on English clubs following the Heysel Stadium disaster. Though by that time the ban had been lifted, it resulted in England being unranked in the UEFA coefficient rankings used that season, which meant the English top flight was only entitled to one European place in the UEFA Cup, and this went to the runners-up Liverpool. The club became a founder member of the Premier League in 1992. Palace has also been FA Cup finalists twice, losing to Manchester United on both occasions in 1990 and 2016.

Nickname
The Eagles, The Glaziers
Crystal Palace was originally nicknamed "The Glaziers" which was in reference to the Crystal Palace that was made from steel and glass and also where a lot of the players worked. They became known as "The Eagles" when Malcolm Allison became the manager, known as Allison’s Eagles. During his term as manager, he also changed the club’s kit colors from claret and sky blue, too red and blue. Some people believe Allison was copying European teams with Benfica’s nickname also "The Eagles" and Barcelona playing in blue and red.

Who is the greatest Crystal Palace FC?