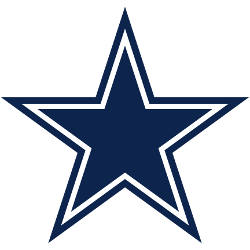 The Dallas Cowboys are a professional American football team based in the Dallas–Fort Worth metroplex. The Cowboys compete in the National Football League (NFL) as a member club of the league's National Football Conference (NFC) East division. The team is headquartered in Frisco, Texas, and plays its home games at AT&T Stadium in Arlington, Texas, which opened for the 2009 season. The stadium took its current name prior to the 2013 season. The Cowboys joined the NFL as an expansion team in 1960. The team's national following might best be represented by its NFL record of consecutive sell-outs. The Cowboys' streak of 190 consecutive sold-out regular and post-season games (home and away) began in 2002. The franchise shares the record for most Super Bowl appearances with the Pittsburgh Steelers, New England Patriots, and the Denver Broncos, corresponding to most NFC championships. The Cowboys won five of those Super Bowl appearances, tying them with their NFC rivals, the San Francisco 49ers, both are second to Pittsburgh's record six Super Bowl championships. The Cowboys are the only NFL team to record 20 straight winning seasons (1966 - 1985), in which they only missed the playoffs twice (1974 and 1984), an NFL record that remains unchallenged.

Nickname
Cowboys - When the expansion NFL team in Dallas named their head coach, the headline in the next morning’s Dallas Morning News read: “Rangers Hire Tom Landry.” But after some thought, the front office decided there would be confusion with an existing minor league baseball team (the Dallas Rangers). In the initial months following the its formation, the Dallas team was known as the “Steers.” At the same time, a baseball team operated in Dallas under that name, but was scheduled to fold before the 1960 football season. Cowboys was actually only the third choice. The original name was actually “Steers” but Tex Schramm said you don’t want your whole football team being castrated.” However, when the baseball team decided to play one more season, Clint Murchison Jr. and Bedford Wynne, two owners of the new NFL team, selected the name of Cowboys to avoid confusion.

Who is the greatest Dallas Cowboys?