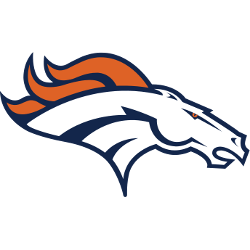 The Denver Broncos are an American football team based in Denver, Colorado. The Broncos compete in the National Football League (NFL) as a member club of the league’s American Football Conference (AFC) West division. The team began play in 1960 as a charter member of the American Football League (AFL) and joined the NFL as part of the merger in 1970. The Broncos are owned by the Pat Bowlen trust. The Broncos have played at Sports Authority Field at Mile High since 2001, after previously playing at Mile High Stadium from 1960 to 2000.

Nickname
Broncos – A “bronco” is an unbroken or untamed horse, and it is a reference to Denver’s Wild West heritage. The Broncos nickname came about by being the winning entry of a name the new team contest that the new Denver AFL franchise had in early 1960. The winner out of only 162 entries was by Ward M. Vining. There was a previous pro team in Denver with the same name an Independent minor league baseball club in the 1920s named the Denver Broncos.

Who is the greatest Denver Broncos?