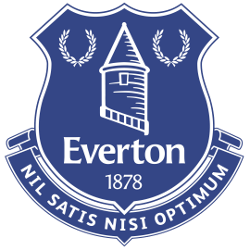 History of the Everton FC

Everton Football Club is an English professional association football club based in Liverpool that currently competes in the Premier League, the top tier of English football. The club was a founder member of the Football League in 1888 and has competed in the top division for a record 118 seasons, having missed only four top-flight seasons (1930–31, 1951–52, 1952–53, and 1953–54). Everton is the second-longest continuous serving club in English top flight football and ranks third in the all-time points rankings. The club has won nine league titles, five FA Cups, one European Cup Winners' Cup, and nine Charity Shields.

Formed in 1878, Everton won its first League Championship during the 1890 - 1991 season. After winning four more League Championships and two FA Cups, the club experienced a post-World War II lull until a revival in the 1960s. A period of sustained success came in the mid-1980s when Everton won a further two League Championships, one FA Cup, and the 1985 European Cup Winners' Cup. The club's most recent major trophy was the 1995 FA Cup.

The club's supporters are colloquially known as "Evertonians" or "Blues". Everton's main rival is Liverpool, whose home stadium at Anfield is just under one mile away from Everton's home at Goodison Park, and the two clubs contest the Merseyside derby. Everton has been based at Goodison Park since 1892, having moved from its original home at Anfield following a disagreement over its rent. The club's home colors are royal blue shirts with white shorts and socks.

Nickname
The Blues, The Toffees
Everton is one of the messiest clubs when it comes to nicknames, mainly because they’ve had so many in the past. Their most recognized nickname "The Toffees" or "The Toffeemen," came about when Everton moved to Goodison Park. There are many conspiracies as to how this "toffee" name stuck, but the best-known is that there was a business in Everton village named Mother Noblett’s which was a toffee shop that sold sweets including the Everton Mint.

Since then, Everton have had several nicknames including "The Black Watch" (when their kit was black, named after the famous army regiment), "The Blues" (although trumped by Chelsea), "The School of Science" (after Steve Bloomer called them scientific in 1928), and even as recent as David Moyes proclaiming the name "The People’s Club" when he was manager.

Who is the greatest Everton FC?