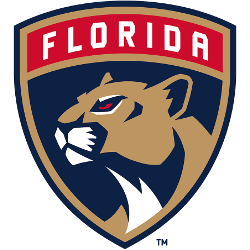 The Florida Panthers are a professional ice hockey team based in the Miami metropolitan area. They are members of the Atlantic Division of the Eastern Conference of the National Hockey League (NHL). It was founded in 1993 as an expansion team. They play home games at the BB&T Center in Sunrise, Florida; the Panthers are the southernmost team in the NHL. The team made one appearance in the Stanley Cup Finals, in 1996; they lost to the Colorado Avalanche in four games.

Nickname
Panthers – Had Tampa Bay been awarded a baseball team in the early ’90s, they likely would’ve been called the Florida Panthers, a reference to the endangered species of the same name. Instead, the nickname was adopted by Florida’s second NHL team. Franchise owner, and Blockbuster Video owner, Wayne Huizenaga picked the name because he wanted to draw attention to the Panther, as the native wildcat of Florida was endangered at the time. When Panthers president Bill Torrey revealed the nickname, he told reporters: “A panther, for your information, is the quickest striking of all cats. Hopefully, that’s how we will be on the ice.”

Who is the greatest Florida Panthers?