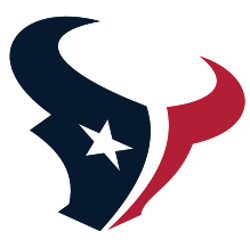 The Houston Texans are a professional American football team based in Houston, Texas. The team competes in the National Football League (NFL) as a member club of the American Football Conference (AFC) South division. The Texans first played in 2002 as an expansion team after Houston's previous franchise, the Houston Oilers, moved to Nashville, Tennessee, where they are now the Tennessee Titans, making them the youngest franchise in the NFL currently. The team's majority owner is Bob McNair. While the team mainly struggled in the 2000s, they clinched its first playoff berth during the 2011 season as AFC South division champions. The Texans have gone on to win more AFC South championships in 2012, 2015, and 2016. To date, the Texans are the only NFL franchise to have never played in a conference championship game.

Nickname
Texans - After Houston was awarded the NFL's 32nd franchise on October 6, 1999, a series of focus groups were formed to help come up with a nickname for the team. On March 2, 2000, the team announced five choices, the Apollos, Bobcats, Stallions, Texans and Wildcatters. The list was then shaved to the Apollos, Stallions and Texans a month later. After careful deliberation, the team unveiled the Texans' name, colors, and logo at a rally held in downtown Houston on September 6, 2000.

Who is the greatest Houston Texans?