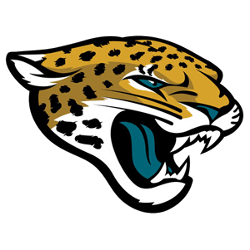 History of the Jaguars

The Jacksonville Jaguars are an American professional football franchise based in Jacksonville, Florida. The Jaguars compete in the National Football League (NFL) as a member club of the American Football Conference (AFC) South division. The team plays its home games at EverBank Field.

The Jaguars and the Carolina Panthers joined the NFL as expansion teams for the 1995 season. Since their inception, the Jaguars have won division championships in 1998 and 1999 (as members of the defunct AFC Central) and have qualified for the playoffs six times, most recently in 2007.

Nickname
Jaguars - The Jaguars name was selected through a fan contest. Finalists for the name included the Sharks, Stingrays and even Panthers, but Jaguars was ultimately selected on December 6, 1991. Jaguars are not native to Florida, but the oldest living Jaguar at the time was hosted by the Jacksonville Zoo.

Who is the greatest Jacksonville Jaguars?