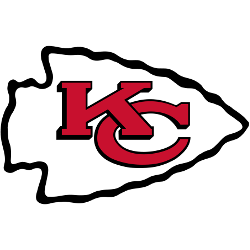 Nickname
Chiefs - Some of the rejected names included the Mules, the Stars and the Royals. Owner Lamar Hunt picked Chiefs as a nickname to honor Kansas City mayor Roe “The Chief” Bartle for his efforts in securing the team. Bartle promised to enlarge Kansas City’s Municipal Stadium and guaranteed Hunt three times as many season ticket sales as his club had in Dallas.

Who is the greatest Kansas City Chiefs?