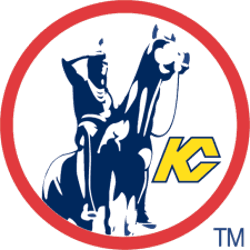 The club was founded as the Kansas City Scouts in Kansas City, Missouri, in 1974. The Scouts moved to Denver, Colorado in 1976 and became the Colorado Rockies.

Nickname
Scouts – The owners of the new Kansas City franchise, led by Edwin G. Thompson, originally wanted to call their team the Kansas City Mohawks, since the Kansas City metropolitan area includes portions of Missouri and Kansas. The name would have combined Missouri's postal abbreviation (MO) and the Kansas nickname of Jayhawkers. However, the Chicago Black Hawks objected because Mohawks sounded too much like Black Hawks. The team then held a contest for people to name the new team. The name Scouts was chosen, named after The Scout which is located in Penn Valley Park and overlooks downtown Kansas City. The iconic statue is featured as the team’s logo.

Who is the greatest Kansas City Scouts?