Kobe Bryant made it look easy on the court. He’ll forever be remembered on the court as the bridge from the Jordan era to the LeBron era. Michael Jordan and LeBron James, however, are known for being forces on the court. Kobe made everything look so easy and fluid, but that was the product of an unparalleled work ethic that was on display in Los Angeles for his 20 years as a Laker.

In fact, in the documentary series "The Last Dance," we see Jordan challenging Bryant to go one-on-one in the 1998 NBA All-Star Game, so it was clear that Jordan had his eye on Bryant, who was only 19 years old at the time At the other end of the timeline, when James passed Bryant for third on the NBA’s all-time scoring list the night before Bryant died, the current Laker great mentioned that he gained inspiration from Bryant’s work ethic to make him the player he is today. Bryant’s last tweet of his life praised James for surpassing his all-time point total. 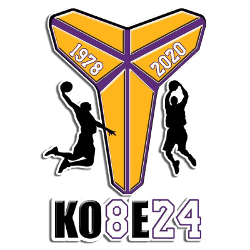 The work ethic started early on for Bryant. In this Sports Illustrated article, it was revealed that he practiced ridiculously early every morning – from 5 a.m. to 7 a.m. – for Lower Merion (suburban Philadelphia) in high school! He also would play high school teammates to 100 while at practice, and the player who put up the best fight lost 100-12.

That continued into the NBA. Former Laker Byron Scott found Bryant shooting in a dark, empty gym two hours before practice one day during his rookie season. When he broke his wrist in the 1999 - 2000 season (his first championship year), he was still the first person in the gym – with a cast on his right arm and shooting with his left. He once played left-handed after hurting his shoulder in a game. Another famous story is told that during a Team USA practice, he worked out for nearly seven hours and wouldn’t leave the gym until he made 800 shots. He ended up winning two Olympic gold medals.

Besides sitting in fourth place on both the regular season and playoff all-time scoring lists, Bryant was a five-time NBA champion (winning three-straight with Shaquille O'Neal from 2000-02, then winning two more as the unquestioned leader of the Lakers in 2009-10), a two-time Finals MVP, the NBA MVP in 2008, and an 18-time NBA All-Star, one appearance short of the all-time record set by Kareem Abdul-Jabbar. He also sits in second place for most points in a single game, scoring 81 against Toronto in 2006.

But his legacy may be that of a philanthropic one. He granted over 250 wishes to children battling life-threatening illnesses through the Make A Wish Foundation. He was wholly dedicated to getting the next generation ready to play basketball at a high level with his Mamba Academy. A cause that would indirectly cost him his life, as he and daughter Brianna, 13, were heading to a tournament on that helicopter when it crashed, killing nine in total. The MambaOnThree Fund has been established to support the families of the seven other victims in the tragedy.

When his playing days were over, Bryant told Yahoo that he wanted to be remembered – believe it or not – as an overachiever. “To think of me as a person that’s overachieved, that would mean a lot to me,” Bryant said. “That means I put a lot of work in and squeezed every ounce of juice out of this orange that I could.”

It seems like he’s being remembered for that, plus a whole lot more.