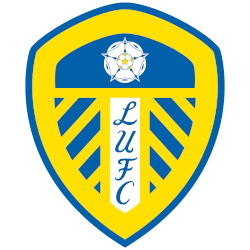 Leeds United FC has won three English league titles, one FA Cup, one League Cup, two Charity/Community Shields, and two Inter-Cities Fairs Cups. The club reached the 1975 European Cup Final, losing to Bayern Munich. Leeds reached the semi-finals of the tournament’s successor, the Champions League in 2001. The club were also runners-up in the European Cup Winners Cup final in 1973. The majority of the honors were won under the management of Don Revie in the 1960s and 1970s.

Nickname
The Whites, The Peacocks
As for the club’s nickname, the first recorded nickname was “The Peacocks.” Stems from the former name of the Elland Road stadium, The Old Peacock Ground, which was in turn named after the nearby The Old Peacock

That nick is now used by older fans only while in modern times Leeds United nickname is just simply “United” or “The Whites”. The Whites is clearly related to the clubs jersey color.

Who is the greatest Leeds United FC?