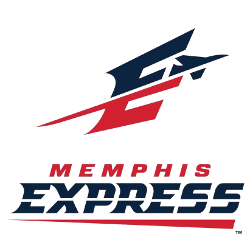 History of the Express

The Memphis Express is a professional American football team based in Memphis, Tennessee, and a charter team of the Alliance of American Football. The Express was the 3rd of 8 teams announced for the new league, which is set to play in February 2019.

The Alliance of American Football announced the awarding of the third inaugural league team, Alliance Memphis, on May 4, 2018. This announcement was followed by the May 10, 2018, announcement of Mike Singletary as the team's head coach.

On July 30, 2018, the Alliance announced team Memphis had signed its first 29 players. On September 20, the league announced four eastern inaugural franchises' names and logos including Memphis as the Memphis Express. The name is derived from Memphis' significance as a mail and cargo transport city being the "World Headquarters" of FedEx, with an airplane being featured in the logo.

On January 5, 2019, a training camp opened in San Antonio, Texas. The final 52-man roster was released on January 30. The Express' inaugural game, played against the Birmingham Iron at Legion Field on February 10, ended in a 26–0 shutout loss. Their first home game was a 20–18 loss against the Arizona Hotshots during week 2. Memphis notched their first win on March 2, with a 26–23 victory over the San Diego Fleet at Liberty Bowl Memorial Stadium.

On March 16, 2019, shortly after the Express fell to 1–5 in a 22–9 loss to the Salt Lake Stallions, the team announced they had signed Heisman Trophy-winning quarterback Johnny Manziel.

Nickname
Express – The city of Memphis has become one of the nation’s leading centers for transportation and logistics. Here, things move swiftly and purposefully with the goal of achieving awesome results and constantly raising the bar to new heights. The Memphis Express will be no different.