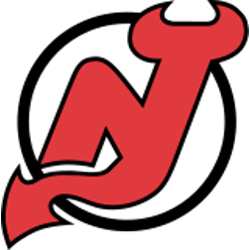 The New Jersey Devils are a professional ice hockey team based in Newark, New Jersey. They are members of the Metropolitan Division of the Eastern Conference of the National Hockey League (NHL). The club was founded as the Kansas City Scouts in Kansas City, Missouri, in 1974. The Scouts moved to Denver, Colorado in 1976 and became the Colorado Rockies. In 1982, they moved to East Rutherford, New Jersey and took their current name. For their first 25 seasons in New Jersey, the Devils were based at the Meadowlands Sports Complex in East Rutherford and played their home games at Brendan Byrne Arena (later renamed to Continental Airlines Arena). Beginning with the 2007–08 season, the Devils relocated to Newark and now play their home games at the Prudential Center.

Nickname
Devils – Given that New Jersey has never been known for its mountains, the team needed a new nickname after the Colorado Rockies relocated to the Garden State in 1982. The New Jersey Sports and Exhibition Authority sponsored a statewide newspaper contest to determine the new nickname and some of the other finalists included Americans, Blades, Coastals, Colonials, Gulls, Jaguars, Meadowlanders, and Meadowlarks. The Devil has an entirely non-religious folk history in New Jersey. According to legend, a harmless creature known as the Leeds Devil, or the Jersey Devil, roamed the Pine Barrens in the southern part of the state from 1887 until 1938.

Who is the greatest New Jersey Devils?