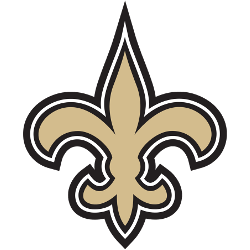 History of the Saints

The New Orleans Saints are a professional American football team based in New Orleans, Louisiana. The Saints currently compete in the National Football League (NFL) as a member of the league's National Football Conference (NFC) South division. The team was founded by John W. Mecom Jr., David Dixon, and the city of New Orleans. The Saints began to play in Tulane Stadium in 1967.

The name "Saints" is an allusion to November 1 being All Saints Day in the Catholic faith, New Orleans' large Catholic population, and the spiritual "When the Saints Go Marching In", which is strongly associated with New Orleans and often sung by fans at games. The franchise was founded on November 1, 1966. The team's primary colors are old gold and black; their logo is a simplified fleur-de-lis. They played their home games in Tulane Stadium through the 1974 NFL season. The following year, they moved to the new Louisiana Superdome (now the Mercedes-Benz Superdome, since Mercedes-Benz has purchased the stadium's naming rights).

Nickname
Saints - The name Saints was the popular choice in a fan contest staged by the New Orleans States Item. However, with or without the contest, the New Orleans team would most likely have been called the Saints. The franchise was awarded on All Saints Day, November 1, 1966. New Orleans was famous worldwide as the city of jazz and the famous marching song, “When the Saints Go Marching In.”

Who is the greatest New Orleans Saints?