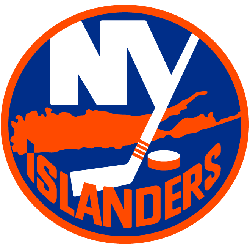 The New York Islanders are a professional ice hockey team based in New York City. They are members of the Metropolitan Division of the Eastern Conference of the National Hockey League (NHL). The team plays its home games at Barclays Center, located in the borough of Brooklyn. The Islanders are one of three NHL franchises in the New York metropolitan area, along with the New Jersey Devils and New York Rangers, and their primary geographic fan base resides on Long Island.

The team was founded in 1972 as part of the NHL’s maneuvers to keep a team from rival league World Hockey Association (WHA) out of the newly built Nassau Veterans Memorial Coliseum in suburban Uniondale, New York. After two years of building up the team’s roster, they found almost instant success by securing fourteen straight playoff berths starting with their third season. The Islanders won four consecutive Stanley Cup championships between 1980 and 1983, the seventh of eight dynasties recognized by the NHL in its history. Their 19 consecutive playoff series wins between 1980 and 1984 is a feat that remains unparalleled in the history of professional sports.

The franchise chose Islanders as its name, although many expected it to choose the Long Island Ducks, the name used by a team that played in the Eastern Hockey League from 1959 – 1973.

Who is the greatest New York Islanders?