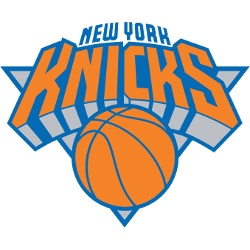 History of the Knickerbockers

The New York Knickerbockers, commonly referred to as the Knicks, are an American professional basketball team based in New York City. The Knicks compete in the National Basketball Association (NBA) as a member club of the Atlantic Division of the Eastern Conference. The team plays its home games at Madison Square Garden, located in the borough of Manhattan. They are one of two NBA teams located in New York City; the other is the Brooklyn Nets. The team, established by Ned Irish in 1946, was one of the founding members of the Basketball Association of America (BAA), which became the NBA after merging with the rival National Basketball League (NBL) in 1949. Along with the Boston Celtics, the Knicks are one of only two original NBA teams still located in its original city.

Nickname
Knickerbockers – The term “Knickerbockers” referred specifically to pants rolled up just below the knee by Dutch settlers in the New World during the 1600s. Many of these settlers found homes in and around New York City, where a cartoon drawing of Father Knickerbocker became a prominent symbol of the city. In 1845, baseball’s first organized team was nicknamed the Knickerbocker Nine and the name was evoked again in 1946 when New York was granted a franchise in the Basketball Association of America. Team founder Ned Irish reportedly made the decision to call the team the Knickerbockers.

Who is the greatest New York Knicks?