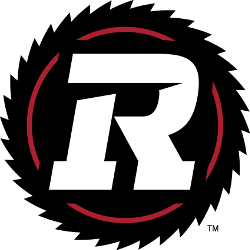 History of the Redblacks

The Ottawa Redblacks (officially stylized as REDBLACKS) (French: Le Rouge et Noir d'Ottawa) are a professional Canadian football team based in Ottawa, Ontario. The team plays in the East Division of the Canadian Football League (CFL).

Starting play in 2014, the Redblacks are the third CFL team to play in the city of Ottawa. The Ottawa Rough Riders, formed in 1876, were a founding member of the CFL in 1958 and played until 1996. A new Ottawa franchise was formed as the Renegades in 2002 and lasted until the end of the 2005 season. The Redblacks won the 2016 Grey Cup Championship, which ended a 40-year Grey Cup championship drought for the city of Ottawa.

Nickname
Redblacks - A new franchise, who began play in 2014, had the name RedBlacks announced June 8th, 2013, an homage to the traditional Ottawa colors and lumbermen of the region. While the CFL acquired the rights to the name Rough Riders, it could not be used. The logo maintains the R, though now updated and stylized, that served the Rough Riders for decades while adding a circular saw blade in tribute to the lumber mill history of the area. Red and black plaid has also been adopted as a team pattern for merchandise and mascots.

Who is the greatest Ottawa Redblacks?