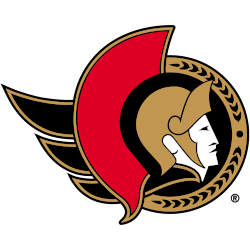 The Ottawa Senators are a professional ice hockey team based in Ottawa, Ontario, Canada. They are members of the Atlantic Division of the Eastern Conference of the National Hockey League (NHL). The Senators play their home games at the 18,694 seat (20,041 capacity) Canadian Tire Centre which opened in 1996.

Founded and established by Ottawa real estate developer Bruce Firestone, the team is the second NHL franchise to use the Ottawa Senators name. The original Ottawa Senators, founded in 1883, had a famed history, winning 11 Stanley Cups and playing in the NHL from 1917 until 1934. On December 6, 1990, after a two-year public campaign by Firestone, the NHL awarded a new franchise, which began play in the 1992 – 1993 season. The current team owner is Eugene Melnyk, and in 2016, the franchise was valued by Forbes magazine at US$355 million.

Nickname
Senators – When a new NHL team returned to Ottawa in 1992 after a nearly 60-year hiatus, the nickname, reflecting Ottawa’s role as the nation’s capital and home of its Parliament.

Who is the greatest Ottawa Senators?