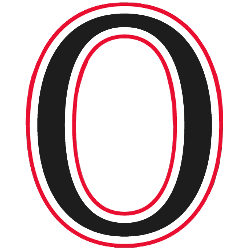 The Ottawa Senators were a professional ice hockey team based in Ottawa, Canada which existed from 1883 to 1954. The club was the first hockey club in Ontario, a founding member of the National Hockey League (NHL) and played in the NHL from 1917 until 1934. The club, which was officially the Ottawa Hockey Club (Ottawa HC), was known by several nicknames, including the Generals in the 1890s, the Silver Seven from 1903 to 1907 and the Senators dating from 1908.

The club was one of the first organized clubs in the early days of the sport of ice hockey, playing in the Montreal Winter Carnival ice hockey tournaments in the early 1880s and founding the Amateur Hockey Association of Canada and the Ontario Hockey Association. Along with the rise of professionalism in ice hockey in the first decade of the 1900s, the club changed to a professional team and were founding members of the National Hockey Association (NHA) and its successor, the National Hockey League. The club competed in the NHL until the 1933 – 1934 season. Due to financial difficulties, the NHL franchise relocated to St. Louis, Missouri to become the St. Louis Eagles. The organization continued the Senators as an amateur, and later semi-professional, team in Quebec senior men’s leagues until 1954.

Nickname
Senators – It is during the NHA period that the nickname “Ottawa Senators” came into common usage. Although there had been a competing Senators club in 1909, and there had been mention of the Senators nickname as early as 1901, the nickname was not adopted by the club. The official name of the Ottawa Hockey Club remained in place until ownership changes in the 1930s.