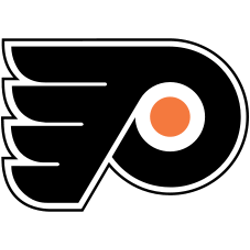 The Philadelphia Flyers are a professional ice hockey team based in Philadelphia, Pennsylvania. They are members of the Metropolitan Division of the Eastern Conference of the National Hockey League (NHL). Part of the 1967 NHL Expansion, the Flyers were the first expansion team in the post-Original Six era to win the Stanley Cup, victorious in 1973 – 1974 and again in 1974 – 1975.

Nickname
Flyers – The team sponsored a name-the-team contest after Ed Snider, then-vice president of the Philadelphia Eagles, brought hockey back to the City of Brotherly Love in 1966.The grand prize was a 21-inch color television, which cost about $400 at the time; secondary prizes included season and single-game tickets. Snider’s sister, Phyllis, came up with the name “Flyers,” connoting speed, after a trip to Manhattan to see a Broadway show. The winner Alec Stockard, 9, of Narberth, Pennsylvania, won the contest.

Who is the greatest Philadelphia Flyers?