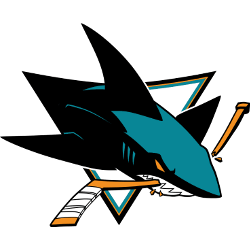 The San Jose Sharks are a professional ice hockey team based in San Jose, California. They are members of the Pacific Division of the Western Conference of the National Hockey League (NHL). They play their home games at the SAP Center, known locally as the Shark Tank. The Sharks were founded in 1991 and were the first NHL franchise based in the San Francisco Bay Area since the California Golden Seals relocated to Cleveland in 1976. They have won six division titles and one conference championship.

Nickname
Sharks – When George and Gordon Gund were awarded an expansion franchise for San Jose on May 10, 1990, they offered fans the opportunity to name the team. More than 5,000 entries were submitted, and Sharks was chosen by management over Blades, Breakers, Breeze, Condors, Fog, Gold, Golden Gaters, Golden Skaters, Grizzlies, Icebreakers, Knights, Redwoods, Sea Lions and Waves. Blades was the most popular entry, but ultimately rejected because of its gang implications. When the Shark nickname was chosen, seven shark species made their home in a stretch of the Pacific Ocean off the California coast called The Red Triangle.

“Sharks are relentless, determined, swift, agile, bright and fearless,” then-executive vice president of marketing and broadcast Matt Levine said. “We plan to build an organization that has all those qualities.”

Who is the greatest San Jose Sharks?