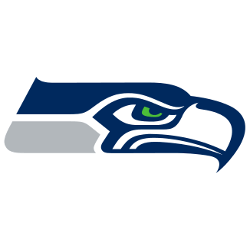 History of the Seahawks

The Seattle Seahawks are a professional American football franchise based in Seattle, Washington. The Seahawks compete in the National Football League (NFL) as a member club of the league's National Football Conference (NFC) West division. The Seahawks joined the NFL in 1976 as an expansion team, along with the Tampa Bay Buccaneers. The Seahawks are owned by Microsoft co-founder Paul Allen and are currently coached by Pete Carroll. Since 2002, the Seahawks have played their home games at CenturyLink Field (formerly Qwest Field), located south of downtown Seattle. The Seahawks previously played home games in the Kingdome (1976 - 1999) and Husky Stadium (1994, 2000 - 2001).

Nickname
Seahawks - The nickname Seahawks was the result of a fan contest and there were 1,700 unique names among the more than 20,000 submitted in a name-the-team contest in 1975, including Skippers, Pioneers, Lumberjacks, and Seagulls. About 150 people suggested Seahawks (a seahawk is another word for an Osprey). A Seattle minor league hockey team and Miami’s franchise in the All-America Football Conference both used the nickname in the 1950s. “Our new name suggests aggressiveness, reflects our soaring Northwest heritage, and belongs to no other major league team,” Seattle general manager John Thompson said.

Who is the greatest Seattle Seahawks?