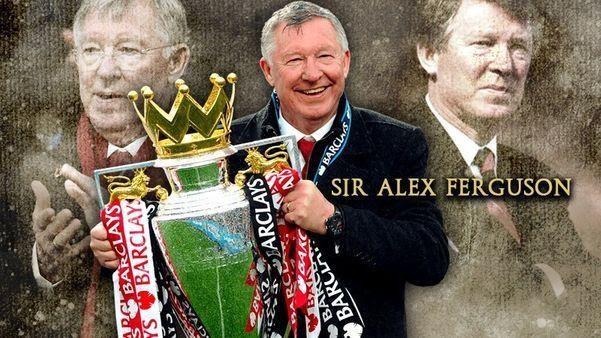 In today’s edition of YesterYears, we are going to present the charismatic tale of Football's most gifted son, Alex Ferguson.

Alex Ferguson (Full name "Alexander Chapman Ferguson" ) was born on December 31, 1941, to Alexander Beaton Ferguson, a plater's helper in the shipbuilding industry, and his wife, Elizabeth, in the suburbs of Glasgow, Scotland. Alex attended the Broomloan Road Primary School and later Govan High School in Glasgow. He began his footballing journey with Harmony Row Boys Club in Govan, before progressing to Drumchapel Amateurs, a youth club with a well-established prominence for producing senior talent. Right from here, Alex builds a fascinating bond with the beautiful game of football, extremely popular among GamStop users using NonGamStopBets brands in the United Kingdom.

At the age of 16, Alex tied with the Scottish second-division football club Queen’s Park FC, playing as an amateur while also working and toiling in a shipyard within Glasgow. After spending a couple of seasons with Queen's Park as a striker, he was signed by another Scottish club, St Johnstone FC. But, his professional career blossomed in 1964 when he was signed by the Scottish first-division side Dunfermline Athletic, where Alex tallied 66 goals in 88 appearances.

After his spectacular manifestations in Dunfermline Athletic, he was transferred to his hometown club Rangers FC for a then-record £65,000 fee in 1967. From there, he emerged as a potent solid goal poacher in two seasons with the Rangers and later on played for two other Scottish domestic sides, Falkirk FC and Ayr United FC, before retiring in 1974.

The Coaching Chronicles of the Greatest Scottish Son

Alex Ferguson’s initial managerial stint appeared shortly after his final match for Ayr United in  1974  when he was appointed to manage the Scottish second-division side East Stirlingshire FC. Just months later, he moved to St. Mirren FC, which he would lead to a league championship in the 1976–77 season.

Ferguson’s unparalleled managerial accomplishments at Aberdeen led to many proposals as a manager from some of the most prominent and prestigious clubs in Europe over the years. And finally, he engaged with the greatest English club, Manchester United, in November 1986, and then the rest became the golden history!

Sir Alex Ferguson has won everything worth winning in the beautiful game at Manchester United and without any doubt, he was the greatest manager of all time and is the most influential manager in the modern era of British football.

With a trophy cabinet possessing 13 Premier League titles, two Champions League trophies, five FA Cups, and countless other major honors at Old Trafford, it's not for no reason that Sir Alex Ferguson is regarded as one of the greatest of all time. While his romance with the Red Devils at Old Trafford was just unparalleled over the years. 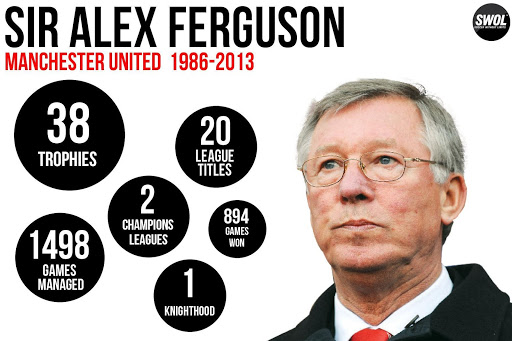 In the initial stages of Alex's charge as a manager, Manchester United was inconsistent in the English Premier League, finishing in 11th, 2nd, 11th, and 13th place in the league during his first four seasons with the club. He was very near to the risk of slipping from his position before Manchester United recovered the 1989–90 season by accomplishing the FA Cup. That triumph recorded the beginning of the most prosperous managerial spell in English football history, as Manchester United won eight Premier League championships in the 11 seasons from 1992–93 to 2002–03, also taking three FA Cup titles in their record with the likes of David Beckham, Paul Scholes, Eric Cantona, and Ryan Giggs. The highlight of this sensational period came during the 1998–99 season, when, in addition to Premier League title and FA Cup, Manchester also won the UEFA Champions League title to earn the first “treble” (victories in the domestic top-division league, a domestic cup, and a continental championship) in English football history.

After going three years without a league title, United won five Premier League trophies in a seven-season span from 2006–07 to 2012–13, and a second Champions League win in 2008 with players like Cristiano Ronaldo, Ryan Giggs, Wayne Rooney, and Gary Neville. Alex Ferguson retired at the end of the 2012–13 Premier League season but stayed on with Old Trafford's front office executive position and club's ambassador role.

His coaching achievements and team leadership acts speak for themselves, but what makes Sir Alex Ferguson a good leader, and what were some of his key management qualities? We have explored some of the vital ingredients of his successful tenure as a manager from his different interviews and statements. His main qualities were:

Once he stated, "Due to my upbringing in Glasgow and having a strict father, I was always early to meetings and rarely wasted time. To achieve your potential as a leader you must be disciplined.”

Moreover, Ferguson says; “make your team accountable to your standards.”

Alex Ferguson says, “I try to instill confidence in my staff and players through providing selective praise and recognizing their worth. However, my team mustn’t be overconfident as this can lead to poor performances and complacency”.

Alex Ferguson says, “You must have hunger a desire to succeed, talent, and potential can only be fully realized if those two elements exist. Don’t fear your competition but instead embrace it”.

Someone said really true, “Leaders who have success over a long period of time understand the real value of growing their own stars”.

And this was the same case with Sir Alex Ferguson. His leadership style and management qualities were partly inspired by the great Sir Matt Busby who believed in talented young football players given the opportunity to succeed.

Alex Ferguson says, “being resilient as a leader will play a major role in how your team responds to defeats and challenges. After all, it was Manchester United’s trademark to come from behind and win. Without resilience and mental toughness, we would never have one the Champion League Title in 1999”.

In 27 storied years as Manchester United boss, Sir Alex Ferguson has gained immense respect, love, and fame from the whole football world. Indeed, he was a true masterclass of football coaching and a pioneer of footballing legends. He will always remain in our hearts, minds, and souls.