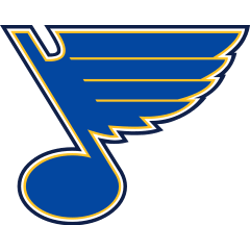 History of the Blues

The St. Louis Blues are a professional ice hockey team in St. Louis, Missouri. They are members of the Central Division of the Western Conference of the National Hockey League (NHL). The team is named after the famous W. C. Handy song “Saint Louis Blues,” and plays in the 19,150-seat Scottrade Center in downtown St. Louis. The franchise was founded in 1967 as an expansion team during the league’s original expansion from six to 12 teams. The Blues are the oldest NHL team ever to have won the Stanley Cup.

Nickname
Blues – Owner Sid Saloman Jr. selected the nickname Blues in 1967 after W.C. Handy’s famous 1914 song, “St. Louis Blues.” Mercury and Apollo were two of the other nicknames that were considered.

“The name of the team has to be the Blues,” Salomon said. “It’s part of the city where W.C. Handy composed his famed song while thinking of his girl one morning. No matter where you go in town there’s singing. That’s the spirit of St. Louis.”

Who is the greatest St. Louis Blues?