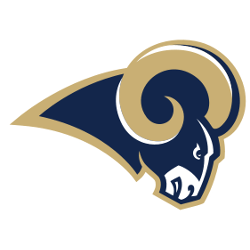 History of the Rams

The St. Louis Rams were a professional American football team that played in St. Louis from 1995 until the end of the 2015 season, before relocating back to Los Angeles, where the team had played from the 1946 season to the 1994 season.

The Rams' relocation to St. Louis gave the city a professional football team for the first time since the end of the 1987 season. That was the last year that the Cardinals played there before moving to Tempe, Arizona in 1988. The relocation was the second in Rams franchise history; the team previously called Cleveland, Ohio, home until 1946.

The Rams played their home games at what is now known as The Dome at America's Center in downtown St. Louis, which the city had been constructing for the previous few years in the hopes of gaining an NFL team. The city was left out of the expansion that brought Charlotte and Jacksonville into the league for 1995 and another attempt to secure a franchise fell through when the ownership group controlling the New England Patriots was forced out of power by their stadium's owner and operator.

The Rams' new stadium was not ready for them when they initially arrived in Missouri, so they were forced to temporarily share Busch Memorial Stadium with the St. Louis Cardinals. Their first game in St. Louis against the New Orleans Saints was played on September 10, 1995, with the Rams winning 17–13. The then-Trans World Dome opened on November 12, 1995, with the home team scoring a 28–17 victory against the Carolina Panthers.

The Rams' last game played in St. Louis, in what was by then known as the Edward Jones Dome, was against the Tampa Bay Buccaneers on December 17, 2015, which they won, 31–23. The Rams' last game as a St. Louis-based franchise was on January 3, 2016, against the San Francisco 49ers at Levi's Stadium, when they lost in overtime 19–16. After the 2015 NFL season, the team returned to Los Angeles.

Nickname
Rams - The "Rams" originated in Cleveland in 1936 and the name came from the college team "Fordham Rams." See the Cleveland Rams nickname description.

Who is the greatest St. Louis Rams?