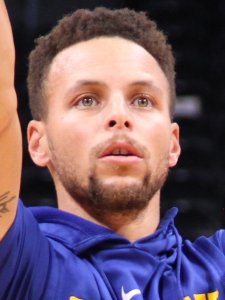 Though clearly, Steph Curry wasn't without his fair share of admirers prior to the current NBA season; after all, we are talking about a player with three NBA rings, but the displays put in by the Golden State Warriors star this season have been frankly phenomenal.

The 33-year-old has been the driving force as the Warriors push on with a run that sees them sit on a remarkable 18-3 record. Curry has set new records on an almost weekly basis, the latest of which saw him record the most number of three-pointers in NBA history.

Averaging 28.6 points per game, Curry is dominating the game this season and his presence has a serious effect on the NBA odds prediction today for both Golden State and their opponent(s). The Warriors currently sit at a tempting (+600), as second favorites to the Brooklyn Nets, to win the NBA title this season.

Coach Steve Kerr led the Warriors to a run of five-straight NBA finals between 2015 and 2019 but then suffered a surprise losing season 2019-20 and then made it two successive seasons without postseason action the following year.

Things seem to be back on track this time around, and Curry's form is a big reason for that, and Kerr is more than aware of the importance of arguably the most consistent performer the game has seen in a generation.

The Warriors benefit from not only Curry's point-scoring but also his mere presence, according to Kerr;

"He's the most joyful basketball player I've ever been around,"

"Steph makes all of us feel good about ourselves, about life, about the team, and I hope that doesn't sound corny; it's just true."

Kerr is also quick to defend Curry when it comes to perceived defensive shortcomings;

"He's been great defensively all year, and I hope people are recognizing it." 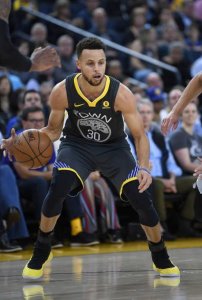 "Everyone obviously locks in on his offensive brilliance, which they should, but he had six steals [Sunday]," the coach stressed. "Eight deflections. He's all over the place. For whatever reason, he has a reputation of being a poor defender. I don't see that at all. I think he's a really good defender, and he's been great defensively."

Steve Kerr can also point to the performances of the likes of Draymond Green and Jordan Poole as proof that the Golden State Warriors are not just Steph Curry, but clearly, his importance shines above all his teammates at the Chase Center.

The Warriors look good to go all the way, and it looks as if only the Nets or the Milwaukee Bucks can prevent Curry from registering a fourth NBA title.

As if to highlight the fact that Curry is indeed human, earlier this week, he posted the worst shooting stats of his career. He managed just four from 21 shooting from the field, and of the 329 games that he’s attempted 20 or more shots, his 20% shooting during the Warriors’ 96-104 loss to the Phoenix Suns, was the lowest of his lengthy career.

No doubt Curry will come back with a bang in the coming days and weeks.