Raiders One-Year Stadium, Where Will it Be? 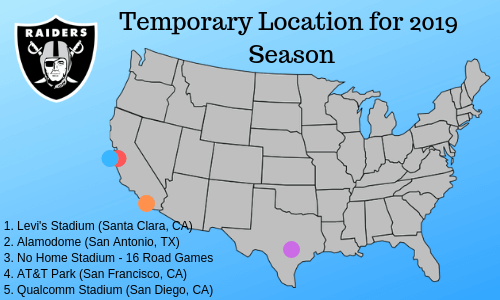 The Oakland Raiders began play in 1960 in the newly formed AFL and the Raiders won three division titles and a championship during their time in the AFL. The Raiders joined the National Football League in 1970 as a part of the NFL-AFL merger. The Raiders won three Super Bowls and twelve division titles as well as appearing in two additional Super Bowls. The Oakland Raiders have had thirteen enshrines in the Football Hall of Fame. Great success by the Raiders over their Oakland/Los Angeles/Oakland years, but now things are changing.