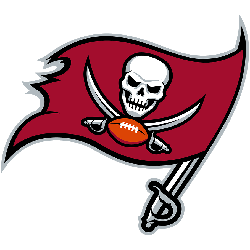 History of the Buccaneers

The Tampa Bay Buccaneers (often shortened as the Bucs) are a professional American football franchise based in Tampa, Florida. The Buccaneers currently compete in the National Football League (NFL) as a member team of the National Football Conference (NFC) South division. Along with the Seattle Seahawks, the team joined the NFL in 1976 as an expansion team. The Bucs played their first season in the American Football Conference (AFC) West division as part of the 1976 expansion plan, whereby each new franchise would play every other franchise over the first two years. After the season, the club switched conferences with the Seahawks and became a member of the NFC Central division. During the 2002 league realignment, the Bucs joined three former NFC West teams to form the NFC South. The club is owned by the Glazer family and plays its home games at Raymond James Stadium in Tampa.

Nickname
Buccaneers - A name the team contest resulted in the name “Buccaneers,” from an original list of more than 400 names in 1975. A reference to the pirate raids that plagued the Florida’s Gulf coast during the seventeenth century, and which was almost immediately shortened to the familiar “Bucs.”

Who is the greatest Tampa Bay Buccaneers?