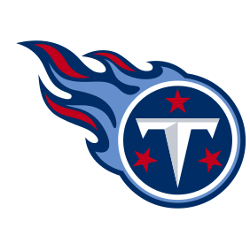 The Tennessee Titans are a professional American football team based in Nashville, Tennessee. The Titans compete in the National Football League as a member club of the American Football Conference, South division. Previously known as the Houston Oilers, the team began play in 1960 in Houston, Texas, as a charter member of the American Football League. The Oilers won the first two AFL Championships, and joined the NFL as part of the AFL - NFL merger in 1970.

The team relocated from Houston to Tennessee in 1997, and played at the Liberty Bowl Memorial Stadium in Memphis for one season. The club moved to Nashville in 1998 and played in Vanderbilt Stadium. For those two years, the team was known as the “Tennessee Oilers”, but changed its name to “Titans” in 1999. The team plays at Nissan Stadium in Nashville, which opened in 1999 as Adelphia Coliseum. The Titans’ training facility is at Saint Thomas Sports Park, a 31-acre site at the MetroCenter complex in Nashville.

Nickname
Titans - After two seasons as the Tennessee Oilers, owner Bud Adams announces the team will change its nickname to the Titans. Titans was chosen over nicknames such as Tornadoes, Copperheads, South Stars, and Wranglers. The committee choose Titans citing the desire to have a nickname that reflected “strength, leadership and other heroic qualities.” “Titans come from early Greek mythology and the fact that Nashville is known as the ‘Athens of the South’ makes the Titans name very appropriate,” Adams said.

Who is the greatest Tennessee Titans?