Ice hockey is one of the most exciting sports around, with most games generating goals, action, and a degree of controversy.

What are the NHL games that have become legendary because one team has fought back to achieve a comeback win against the odds? Here are some inspirational stories to remember if you are engaging in NHL betting next season. 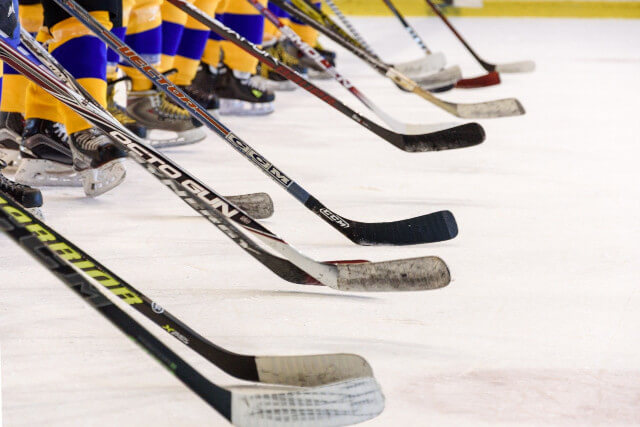 The Miracle on Manchester

To discover the biggest comeback in the history of NHL playoffs we need to go back to 1982, to the game between the Los Angeles Kings and the Edmonton Oilers. Known as the Miracle on Manchester, this was the third game in the series, with the score before it standing at 1-1.

The Oilers were largely expected to win, with 21-year-old scoring sensation Wayne Gretzky leading them. This game took place in The Forum on Manchester Boulevard, which was the home arena of the Kings. It started with the Oilers scoring twice in the first period and three times in the second period, including a couple of shorthanded goals on a single Kings’ power play.

The third period started with the home team losing 5-0 in front of a stunned crowd. Kings’ owner Jerry Buss left early and no one gave them any chance of winning from this position. However, the Kings’ players held onto some hope in their belief that the Oilers would carry on playing in the same wide-open way, and we're fired up by some of their rivals laughing at them and mocking them.

A comeback from the home team didn’t appear to have any chance of making any real difference to the outcome, but by the time they brought the score back to 5-3, the crowd started to get back on their side. The Kings threw everything at the Oilers towards the end and, incredibly, made it 5-5 with five seconds left on the clock.

The Kings celebrated the comeback like a win, but they still had to go to overtime. After chances at both ends, it finally ended 6-5 to the Kings, with Daryl Evans scoring the crucial goal. The Kings went on to win the series 4-3 but lost to the Vancouver Canucks in the next round. As for the Oilers, they learned their lesson and went on to become one of the most dominant teams in NHL history.

Moving forward to 1986, we can see another exciting game that was turned on its head in a remarkable fashion. The setting was the St Louis Arena in Missouri and the occasion was a Stanley Cup playoff game between the St Louis Blues and the Calgary Flames.

This was game 6, with the Flames leading 3-2 and St Louis needing to win to stay in the tournament. The score stood at 5-2 to Calgary with 12 minutes left of the third period, and the home crowd must have thought that the dream was over.

The Blues were described as a blue-collar team of hard workers and they were underdogs all through the season. However, their famous comeback began with two goals that put the score at 5-4 with eight minutes still left on the clock.

With about a minute left, the Blue managed to grab a fifth goal to send the game into overtime, amid a frenzied atmosphere in the arena. Overtime was thrilling, as both teams had chances to win it. Doug Wickenheiser finally scored the winning goal to give the St Louis Blues the finest moment in their history.

Despite the Monday Night Miracle, the Flames won the series by winning the final game. This put them in the Stanley Cup Finals for the very first time, but they eventually lost out to the Montreal Canadiens.

The previous examples are all based on dramatic single-game comebacks, but in some ways coming from 0-3 to win a seven-game series is even more impressive. This has only happened four times in history, with the latest being in 2014 when the Los Angeles Kings fought back against the San Jose Sharks.

Yet, only one team has recovered from a 0-3 deficit in the Stanley Cup Finals. This happened in the 1942 games between the Toronto Maple Leafs and the Detriot Red Wings, in the first Stanley Cup Finals to go to a seventh game.

The Red Wings won the first three games, which were mainly tight affairs. Tensions started to run high as the Maple Leafs won the fourth game and then crushed Detroit 9-3 in the fifth game. A 3-0 win for Toronto left the series at 3-3 and made the Canadian team favorites to win the trophy.

For the historic final game, over 16,000 people were in attendance, making it the biggest hockey crowd in Canada until that date. The Red Wings opened the scoring in the second period but the Maple Leafs eventually won 3-1 to clinch the series 4-3 and claim their fourth Stanley Cup.