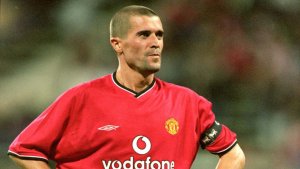 At the end of a Premier League season, you often see fans debating about the winner’s place among the pantheon of the greatest teams. Manchester City, the current champions, merit a mention, although many rate Liverpool’s team of the 2019 - 2020 season in higher esteem. Arsenal’s ‘invincibles’ of the 2003/04 season male a claim on being the greatest, given they were the only team to finish a campaign unbeaten in Premier League history. Several of Alex Ferguson’s 13 title-winning Manchester United teams are also argued among the best, particularly the legendary Treble winners of 1998 - 1999.

All of this is, of course, put through the lens of subjectivity and must be viewed through the context of time. Athletes tend to get faster, fitter, and stronger over time, and you would imagine current Premier League teams would demolish the great sides of the 1990s. But that United team from the 1998 - 1999 season had one thing going for it that, this writer at least believes, should go beyond subjective opinion – the greatest midfield of the Premier League era.

First, a quick bit of the context and history. The Manchester United team of 1998 - 1999 won the Premier League, Champions League, and FA Cup. A unique treble that has never been done by an English team before. Guided by Sir Alex Ferguson, the team became famous for its desire and belief, scoring late goals and having a never-say-die attitude that became characteristic of the Ferguson era.

Class of ’92 worth watching

The team also has to be understood in the context of the Class of ’92, the players who came through United’s youth system to become global stars. The Treble was their zenith. If you haven’t watched the Class of ’92 documentary, you really should. It didn’t quite make this list of the top 100 sports movies of all time, but it’s certainly worth a watch for insight on Ferguson and United’s history. It also boasts a 100% score on Rotten Tomatoes, so the critics like it.

Nevertheless, three of the Class of ’92 made up United’s midfield – Ryan Giggs, David Beckham, and Paul Scholes. The 4th man was the captain, the combative Irishman, Roy Keane. United had other excellent players – Peter Schmeichel, Jaap Stam, Dwight Yorke, and Teddy Sheringham. But the quartet in midfield was special.

Giggs has the all-time record appearances for Manchester United, playing almost 1000 games for the club from 1991-2014. Back in the Treble-winning season, he was a super-fast left-winger who could glide past defenders with ease. His FA Cup Semi-Final goal in the 1998-99 season is considered one of the greatest of all time – on a par with Maradona in the 1986 World Cup. 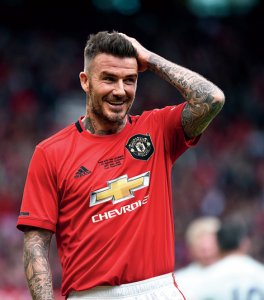 As Giggs marauded down the left-hand side of the pitch, David Beckham patrolled the right. He did not have the pace or trickery of Giggs, but he was the finest crosser of the ball in world football and a free-kick specialist. Beckham was becoming a global star at the time, but he never failed to put in the hard work on the pitch.

Perhaps the most underrated player in modern football history (in terms of global recognition), Paul Scholes, the diminutive dynamo, has become a United legend. Like Giggs, he spent his entire career at the club. He played in the center of midfield but more advanced than Roy Keane. He had a ferocious shot and was one of the best passers in the game.

The captain and the heartbeat of the side. He was a classic box-to-box midfielder (a role that does not really exist today), covering every blade of grass to launch attacks or win tackles for his team. Keane was known as an incredible competitor and leader. He often did the ‘dirty work’ for the team, but he was able to chip in with a goal on occasion.

As you can see by the descriptions of the players above, they were all very different. Not just in their positions and skillsets, but personalities too. The hard-as-nails Keane would be terrorizing opponents – and teammates. Giggs, the wing wizard, would be wowing the fans. Beckham, cool-as-ice, would nonchalantly send 50-yard crosses within an inch of where he wanted the ball to be. And Scholes, the quiet man, barely celebrating when he unleashed a 30-yard thunderbolt into the back of the net. That balance was so important to this team—four men who each had amazing individual attributes, all contrasting and complementing one another.

But let’s sum them up. Roy Keane was recently named the best Premier League midfielder of all time. On the same list, Scholes came in at No.5, but he tops other lists. Giggs, meanwhile, was voted the Premier League’s greatest ever player on its 20-year anniversary. The only player not to top some of these lists is Beckham. But it’s worth remembering that Beckham left United went he was at his peak, going on to have success with Real Madrid.

Some might argue that there have been better midfielders than United’s late 90s heroes, and everyone is entitled to their opinion. The game has changed, of course, and managers rarely play with the 4-4-2 line-up that allowed United’s fab four to shine. But if you can name a more balanced quartet, we would like to hear it.