Arsenal has built a legacy since it started in 1886. They have won 13 league titles, 14 FA Cups, 2 League Cups, 16 Community Shields, and one European Cup Winners' Cup. Arsenal stands behind Liverpool and Manchester United on the trophies won in the English League. Let’s summarize their remarkable journey from 1886 to the present.

The Formation of Arsenal- 1886 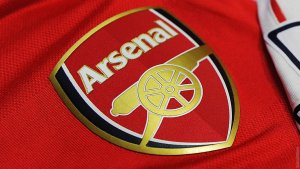 The Arsenal Football Club was formed as Dial Square by a group of workers from the Dial Square Workshop at the Royal Arsenal in 1986. The club was led by David Dankins and Jack Humble, out of which Dankins was the one to purchase the first football for the club. Arsenal FC(then Dial Square) played their first match against Eastern Wanders on 11th December 1886, which they won by 6-0. Soon after, the club was named Royal Arsenal, and things were going great for the club with the Kent Senior Cup, and the London Charity Cup won in 1889-90, and London Senior Cup won in 1890-91. Arsenal also joined the FA Cup in 1889-90. Later again, in 1893, the name was changed to Woolwich Arsenal. It was in 1893 when the Football League invited them to join, initially in the Second Division.

Starting in 1893, Woolwich Arsenal has played eleven seasons in the Second Division so far. The team was able to shine in the second division only when Harry Bradshaw joined the club as a manager in 1899. Bradshaw went all in with his signings, including goalkeeper Jimmy Ashcroft, the first England international player in the club. The club was then able to get promoted to the First Division in 1903-04. Harry left the club for Fulham in 1904. However, Arsenal could never give competition in the First Division with only twice under tenth place finish in 1904 and 1913. 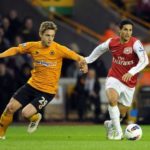 After Herbert Chapman was appointed as the Manager in 1925, he brought home many trophies for the Club. Chapman was able to take Arsenal to their first-ever FA Cup final in 1927, but they couldn’t win over Cardiff City.

But after three years in 1930, Arsenal was again forwarded to the FA Cup Final against the former club of Chapman, Huddersfield Town. Arsenal was able to win the match with a fantastic clean sheet win by two goals. It was the first-ever trophy for the Gunners. Things were just getting started for the Gunners. The attacking line with Jack Lambert, David Jack, and Cliff Bastin scored a total of 97 goals in the 1930-1931 season. The same season Arsenal bagged many heavy wins with a total of 127 goals. After a poor start in the 1931-32 season, Arsenal was again able to win their second league title.

The 2020/21 season is the 29th season in the Premier League for Arsenal and the 101st season in English football. This season, Arsenal also got into the FA Cup, Carabao Cup and qualified for the Europa League. The start of the season was great for arsenal, with a Community Shield victory over the League champions, Liverpool. Things were going great for Arsenal in the first few matches, but soon it all went downhill with as low as 15th position in the Premier League. Currently, as of May 16, they are still in the 9th position of the league. Next up, Arsenal has a match with Crystal Palace, which they might win as, according to Fanduel, they have better odds of -190. But Despite future wins in the League, things don’t seem to improve drastically for the club. Europa League seemed better for Arsenal, but they couldn’t get past the Semi-finale.

Hopefully, with the league ending soon, Arsenal might come up with a better performance next year that speaks for the club’s legacy.