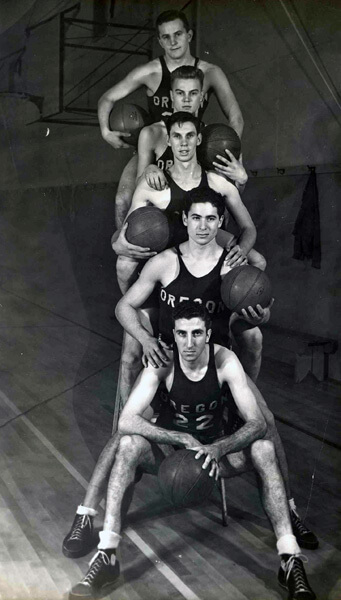 In 1939, the Oregon Ducks became the first team to win the NCAA Basketball Championship. Sports editor L. H. Gregory coined the phrase “Tall Firs” to describe the Oregon players due to their taller stature compared to other teams in the country. The season started with a long trip to the east coast for a series of games, ending with a loss to Stanford back west in San Francisco. The Ducks went 6–3 during that trip but gained valuable experience for the remainder of the season. Oregon went 14–2 to claim the North Division title in the Pacific Coast Conference, which set off a best-of-three playoff against the California Golden Bears. The Ducks won two games straight to claim the conference title.