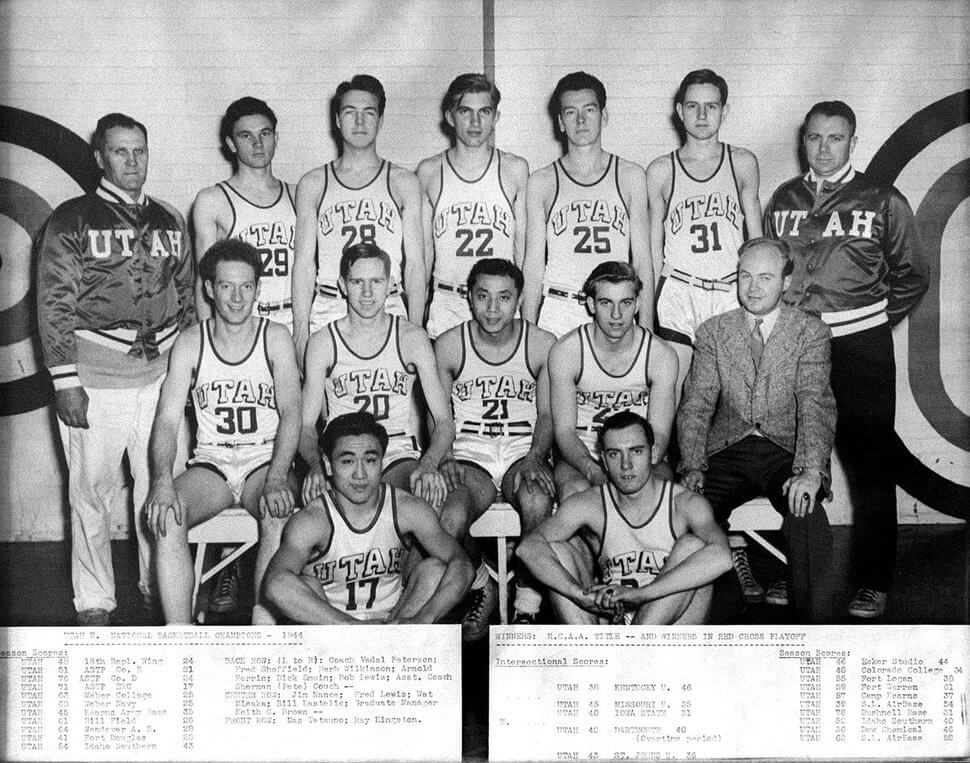 The 1944 NCAA Basketball Tournament involved 8 schools playing in single-elimination play to determine the national champion of men’s NCAA Division I college basketball. It began on March 24, 1944, and ended with the championship game on March 28 in New York City. A total of 9 games were played, including a third-place game in each region.

Utah, coached by Vadal Peterson, won the national title with a 42–40 victory in the final game over Dartmouth, coached by Earl Brown. Arnie Ferrin of Utah was named the tournament’s Most Outstanding Player. Utah became the first team to play in both the NIT and NCAA tournament in the same season. Utah was given a second chance to play in the NCAA Tournament after a March 1944 automobile accident killed a coaching aide and seriously injured two players on the Arkansas team.

Utah’s star was Wataru Misaka, who later joined the New York Knicks to become the first person of color to play in modern professional basketball.