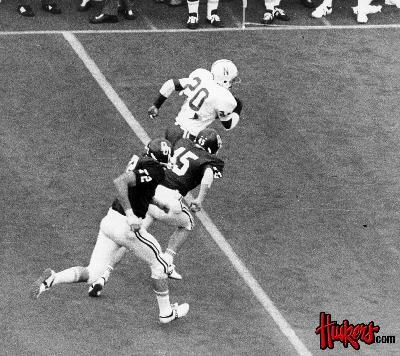 The 1971 NCAA University Division football season saw Coach Bob Devaney’s Nebraska Cornhuskers repeat as national champions. Ranked a close second behind Notre Dame in the preseason poll, Nebraska moved up to first place the following week, remained there for the rest of 1971, and convincingly won the Orange Bowl 38–6 in a #1 vs. #2 game against Alabama.