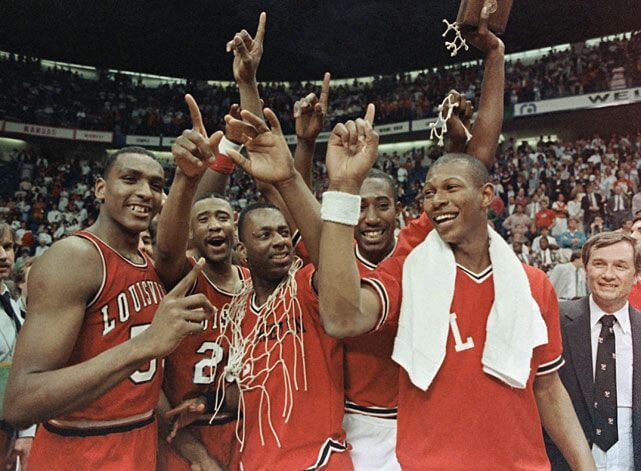 The 1986 NCAA Division I Men’s Basketball Tournament involved 64 schools playing in single-elimination play to determine the national champion of men’s NCAA Division I college basketball. It began on March 13, 1986, and ended with the championship game on March 31 in Dallas, Texas. A total of 63 games were played.

Louisville, coached by Denny Crum, won the national title with a 72–69 victory in the final game over Duke, coached by Mike Krzyzewski. Pervis Ellison of Louisville was named the tournament’s Most Outstanding Player. Louisville became the first team from outside a power conference to win the championship since the expansion to 64 teams and remains one of only two teams to do so (the other team was UNLV in 1990).