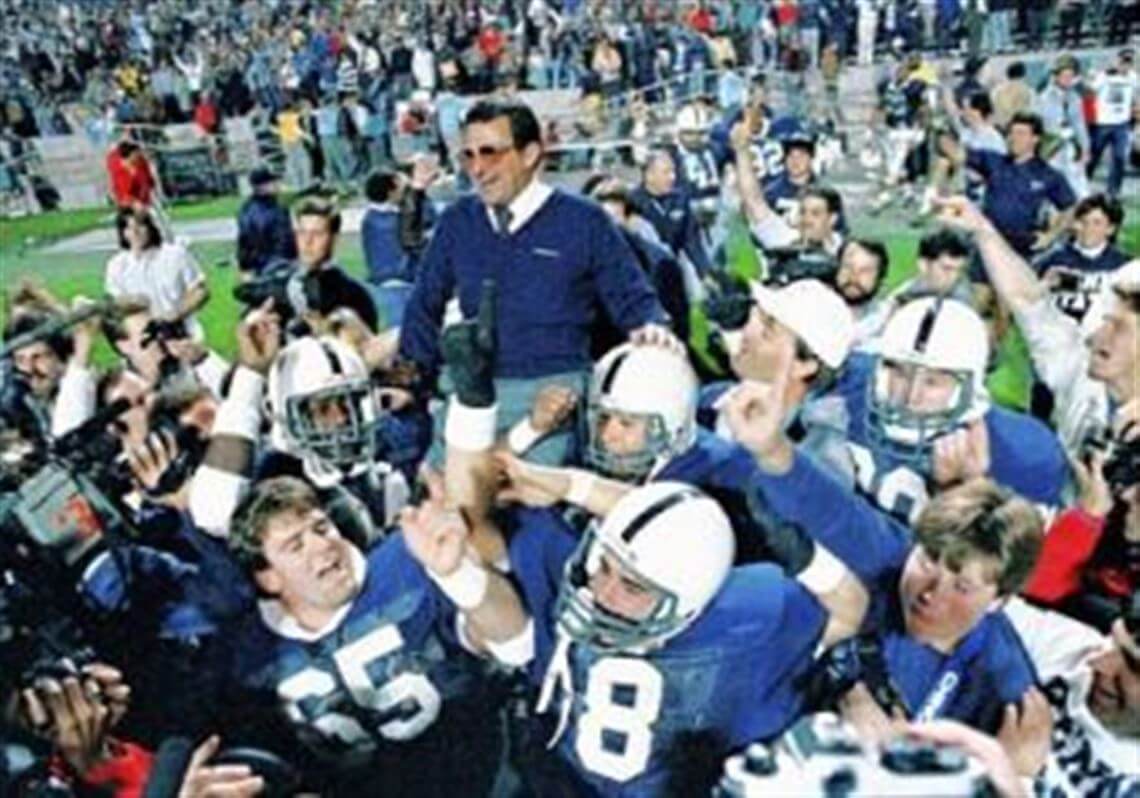 Despite all the hype surrounding Miami, Penn State’s defense harassed and harried Heisman Trophy winner Vinny Testaverde throughout the Fiesta Bowl. The Hurricanes committed seven turnovers, including five interceptions thrown by Testaverde – the last of which, in the end, zone with 18 seconds left, won the game for the Nittany Lions.