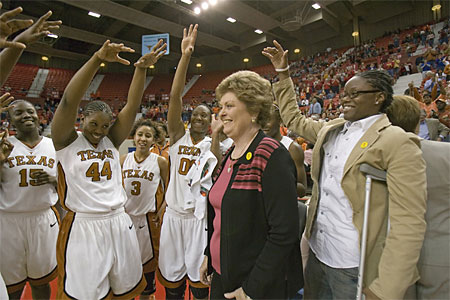 The 1986 NCAA Division I Women’s Basketball Tournament began on March 12 and ended on March 30. The tournament expanded to 40 teams from 32. The Final Four consisted of Texas, Tennessee, Western Kentucky, and USC, with Texas defeating Southern California, 97-81 in the championship game. Texas’s Clarissa Davis was named the Most Outstanding Player of the tournament. With their championship win, Texas completed the first undefeated season (34-0) since the NCAA began sponsoring women’s basketball in 1982.

ESPN expanded its coverage to show all four Regional Finals and the National Semifinals. CBS continued to broadcast the Championship game.