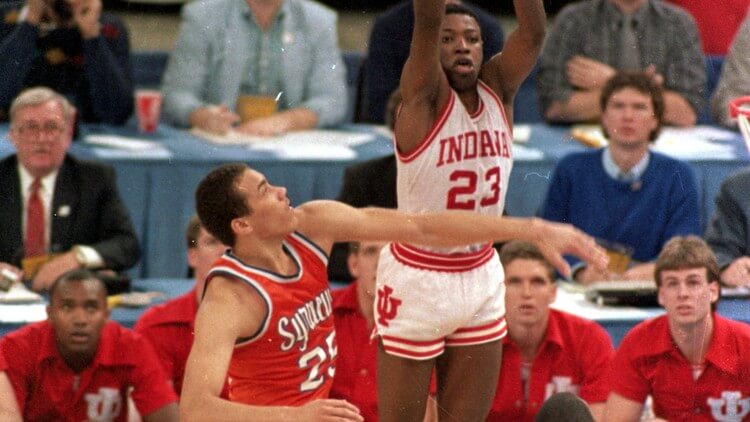 The 1987 NCAA Division I Men’s Basketball Tournament involved 64 schools playing in single-elimination play to determine the national champion of men’s NCAA Division I college basketball. It began on March 12, 1987, and ended with the championship game on March 30 in New Orleans, Louisiana. A total of 63 games were played.

Indiana, coached by Bob Knight, won the national title with a 74–73 victory in the final game over Syracuse, coached by Jim Boeheim. Keith Smart of Indiana, who hit the game-winner in the final seconds, and intercepted the full-court pass at the last second, was named the tournament’s Most Outstanding Player.

The tournament also featured a “Cinderella team” in the Final Four, as Providence College, led by a then-unknown Rick Pitino, made their first Final Four appearance since 1973.

One year after reaching the Final Four as a #11 seed, LSU made another deep run as a #10 seed in the Midwest region. The Tigers ousted #2 seed Temple in the second round and #3 seed DePaul in the Sweet 16 before losing 77-76 to top-seeded Indiana in the Elite Eight.

The 1987 NCAA Men’s Basketball Tournament was also the first tournament to use the three-point shot.