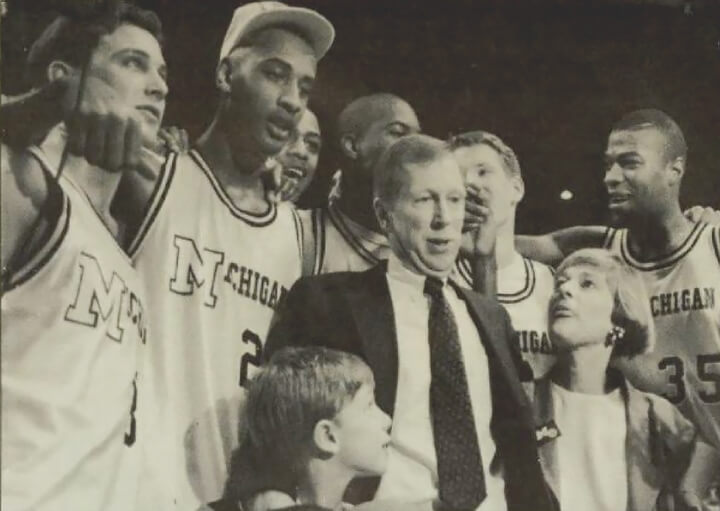 The 1989 NCAA Division I Men’s Basketball Tournament involved 64 schools playing in single-elimination play to determine the national champion of men’s NCAA Division I college basketball. It began on March 16, 1989, and ended with the championship game on April 3 in Seattle. A total of 63 games were played.

Michigan, coached by Steve Fisher, won the national title with an 80–79 overtime victory in the final game over Seton Hall, coached by P. J. Carlesimo. Glen Rice of Michigan set an NCAA tournament record by scoring 184 points in six games and was named the tournament’s Most Outstanding Player.

Just prior to the start of this tournament, Michigan coach Bill Frieder had announced that he would accept the head coaching position at Arizona State University at the end of the season. Michigan athletic director Bo Schembechler promptly fired Frieder and appointed top assistant Fisher as interim coach, stating famously, that “a Michigan man is going to coach a Michigan team.”